Daylight savings time is here. Surely, spring is near. Since we all could use a light warm sun light now, we, at the GoodNews Notebook, wanted to share a few benefit of healthy sunlight. It’s not just for tanning, anymore! There are many known benefits of sunlight on mood and health, but regular sunlight exposure also can have long-lasting, positive effects on bone health, heart health, immunity and disease prevention. Sunlight often serves to encourage exercise, physical activity, travel and social interactions.

Vitamin D or sun exposure have been correlated with a possible role in preventing cancer and infection, and keeping the immune system balanced. It is unclear whether the production of vitamin D or another mechanism of sunlight is responsible for these associated effects. An article published in the September 2008 “Clinical Journal of the American Society of Nephrology” noted a reported 30- to 50-percent reduction in the risk of certain cancers with an increase in sun exposure or vitamin D intake of 1,000 IU/d. The exact process leading to these outcomes, however, is not well-defined. 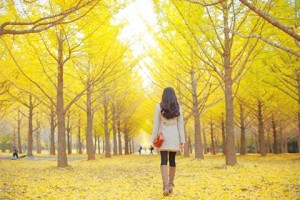 How? It’s not just plants that metabolize sunlight. Humans do too. Through a complex process, our bodies turn sunlight into life-giving vitamin D. The connection between vitamin D deficiency and cancer was first made by Drs. Frank and Cedric Garland from the University of California, San Diego. After finding that the incidence of colon cancer was nearly three times higher in New York than in New Mexico, the Garland brothers hypothesized that lack of sun exposure, resulting in a vitamin D deficiency, played a role. Research now indicates that being deficient in vitamin D increases the risk of many cancers, especially breast and colon. For example, a four-year, placebo-controlled study involving 1,179 postmenopausal women concluded that vitamin D supplementation produced a dramatic 60% drop in the risk of developing any form of cancer.

The most well-understood benefit of sunlight is the production of vitamin D. When skin is exposed to sunlight, a series of chemical reactions begin that converts precursors of vitamin D to the active form of vitamin D. Vitamin D is needed for the intestinal absorption of calcium and the maintenance of calcium and phosphate levels necessary for healthy bone formation. It is also important for proper immune function, cell growth, and nerve and muscle function. Some foods naturally supply vitamin D, such as fish and liver. Other foods, such as milk and cereal, are typically fortified with vitamin D.

It is common for people to refer to a good mood as a “sunny disposition,” and to associate lack of sun with sadness or depression. Scientific research has examined the frequently observed relationship between sunlight and mood. A study from Denmark, published in the September 2011 issue of the “Scandinavian Journal of Work, Environment and Health,” demonstrated that outdoor work, even in the winter, provided enough sunlight to counteract mood difficulties. Research published in the March 2013 journal “BMC Psychiatry,” demonstrated a measurable change in a component of blood, interleukin 6, in depressed participants who were exposed to the sun, but not in non-depressed participants exposed to sun. This suggests that sunlight may affect mood in some people, but not others.

Multiple sclerosis, or MS, is more common in populations that live farther from the equator. People who move from a low-risk area to a high-risk area before the age of 15 acquire a higher risk of developing MS, whereas those who make the same move after adolescence retain a lower risk. These observations suggest that environmental exposure, and in particular, early sunlight exposure (which is correlated with vitamin D levels) in the first two decades of life, influences the risk of developing MS. Related to this finding, several European population studies observed that there is a lower risk of MS for births occurring after October and a higher risk for MS for births occurring after May. This suggests that maternal levels of vitamin D during the third trimester of pregnancy may influence risk of MS.