November 27, 2020
You can use WP menu builder to build menus 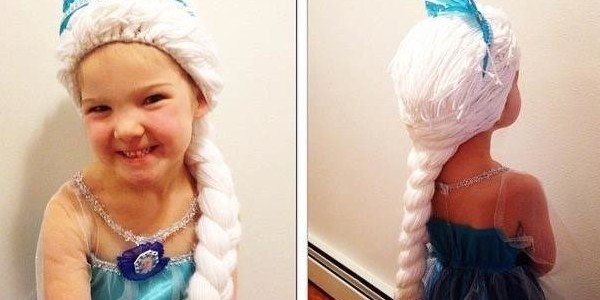 Every girl wants to be a princess. Now an Alaska mother is making that wish come true for girls living with cancer. Holly Christensen’s Magic Yarn Project is giving girls who lose their hair to cancer the chance to have hair like a princess.
Christensen was inspired to create the Magic Yarn Project after learning about a friend’s daughter who was diagnosed with cancer.
“ I knew having been a cancer nurse what she was about to go through,” said Christensen. “I knew she would be going through a difficult time, and that no one would be able to take her suffering away,” added Christensen. “I also knew that losing her long, curly blonde hair at not even 3 years old would be difficult for her, so I figured that the yarn wig could help bring a little magic and fun to a difficult time in her life.”
The mission statement of the Magic Yarn Project shows how much Christensen cares about the little girls battling cancer.

“Cancer is something you can’t go through alone,” said Kevin’s mother, Lauren Morrissey, 34. “It’s incredible all the support that we’ve had. … Seeing Kevin and the other kids in the clinic is what keeps you going. With all that they’re going through …

“The mission of The Magic Yarn Project is to create beautiful and soft princess yarn wigs for little girls with cancer and to encourage and facilitate volunteerism by involving communities nationwide in this project. We are so excited to see where this takes us and look forward to bringing light and magic to an otherwise very difficult time in the lives of little cancer fighters,” says Christensen.
Christensen decided to work to create wigs that are handmade with yarn. She knows that some cancer patients don’t like traditional wigs. “The chemotherapy leaves their skin very tender and sensitive”, said Christensen. “[The wigs] are made on soft crocheted beanies.”
The wigs are often based on Disney princesses, like Ariel’s flowing red hair from The Little Mermaid to the white hair and crown of Elsa in Frozen.“They’re based on the most favorite of the Disney princesses,” said Christensen. “Hopefully we’ll have a Jasmine [ from Aladdin] available soon.”
The Magic Yarn Project has grown from a small charity to a viral sensation with people from Alaska to Australia wanting to volunteer to make wigs for the brave girls.
“That’s been really neat,” said Christensen. “To bring a little bit of magic into such a difficult time in their life is so rewarding. It’s almost equally been so rewarding and magical to meet people who want to help.”
“At that moment, I knew it would be kind of special,” she said before helping several others with their projects. “But I didn’t anticipate that so many people would want to get involved, too.”
Women’s prisoners at Hiland Mountain Correctional Center have been making wigs for the patients as well as part of workshops and have been eager to help make wigs for the patients.
Christensen is glad to create a project that is so rewarding and that helps girls feel like princesses as they fight cancer like brave warriors.
“It creates a magical escape from the horrible reality that they’re in, the disease that they’re fighting,” she said.

For those with a member who has been stricken with cancer, that’s where Christmas Without Cancer steps in. The nonprofit provides gifts and basic necessities for such families, and a special delivery took place Saturday for the Gaskin family in Chicago …

Ella Vincent is a Chicago writer and editor.  She has great experience with writing about positive people.
Follow her @bookgirlchicago