August 5, 2020
You can use WP menu builder to build menus 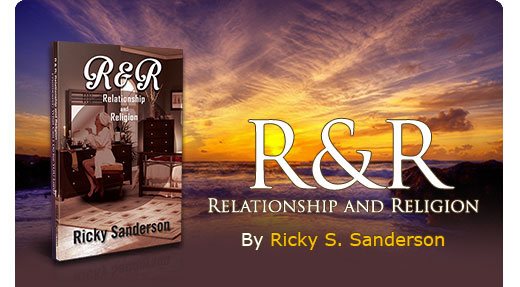 Ordained Minister Ricky Sanderson knows first-hand how people’s lives can beset with troubles in the relationship arena. The divorced father of three reaches others through the skillful blend of his counseling services, his training ministry and his literary projects. He artfully uses his multipronged platform to reach, aid and heal. Sanderson is the author of two books with another one in the works. With shortened titles that belie the weight of the contents, the books are almost a branding strategy. Hurting people have been finding solace and insight through his books since the debut of “H&H” Him to Her: Her to Him in 2011.

“H&H” stands for Him to Her: Her to Him and explores the inside track of relationships and how they relate to the word of God. In 2014 R&R (which stands for Relationships and Religion) was released. This volume is a collection of true short stories from counseling clients whose relationships were rescued then they turned to God. They agreed to having their true stories shared, and Sanderson said drama, thriller qualities and suspense are included because they are the true stock of life.

Since he was so familiar with hurting people who needed more than platitudes, he took classes that enabled him to understand how to reach people and show them how to use the bible to transform their relationships and lives. His ministry targets everyone in need of restoration. He said his inspiration for his work comes from God and he detailed the type of people his work assists. “It’s a Ministry. An outreach ministry that caters to those not in church or distant from a preacher.”

He finds a great deal of his time occupied with giving back through ministry to couples and by offering trainings sessions to young men and women. Sanderson is an active member of the Fellowship of Churches of New Bedford Massachusetts and Youth Adviser for the Association of Rhode Island/Massachusetts.

Sanderson offered uplifting inspiration to others with a book or publishing project churning around on the inside. “If they have a thought or idea that they want to put on paper, then by all means do so. Everybody has a story to tell.” He mentioned that people like to read about other people’s lives. He offered one more reason why someone with a book idea should act swiftly to get the book into the public’s hands. “It may inspire or touch someone.”

The reason people should consider him over his competitors were distilled in his words, “Because I’m giving knowledge of what God has in store to those who come to Him.”

Sanderson said his life and work is inspired by the late Bishop J.O. Patterson, who gave him his first job, but he disclosed that if he could meet anyone alive today he would choose business magnate/philanthropist Bill Gates.

He said everyone should be aware that God is not dead and that no matter what they are going through; God has an answer for them.

To view his latest literary work visit, RSander1.com. He can be reached by email at Ricky.sanderson@gmail.com. Any readers who purchase R&R and writes him at the address in the back of the book will get an autographed copy of H&H free.