Not only does Stephen Curry II play basketball like a boss, but the Golden State Warriors also point guard likes to use his celebrity to give people continents away a better shot at longevity. Were it not for him, a good number of African children and their families would contact malaria. Malaria: which comes with chills, fever and sweating in cycles; often has death riding on its coat tails. It comes from the bite of infected female mosquitoes.
In many cases, children die from this preventable disease. Curry had advocated for insecticide-treated bed nets and made his own contributions toward that end. Such nets can keep infected mosquitoes out of beds and other sleeping areas.
Along with The United Nations Foundation, Rick Reilley founded the Nothing but Nets program. This initiative is the globe’s largest grassroots campaign in place to prevent mosquito-borne malaria from spreading in Africa. Statistics show that in Africa one child a minute succumbs to the disease. MVP Curry, sometimes referred to as Stephen, discovered that a mere $10 could substantially decrease the likelihood that someone under a net’s protection would be bitten by mosquitoes. In fact, Stephen has been a champion for this cause since he was a college student.

The official “Nothing But Net” website indicates that Curry birthed the idea of a three for three challenges; where he committed to send three bed nets for every three-point shot, he completed during the 2012 and 2013 season. The season was trumpeted as a banner year for him, as he made a record with 272 shots. This translated to 816 bed nets, or 816 families that received this protection.
He has not slowed down in his commitment to fuel the campaign to save lives and to eradicate malaria off the face of this earth.

World Malaria Day, which occurs on April 25th, is a day when a more intensified and collective focus is given toward the quest of raising donations of nets, money, and awareness of this-waving measure. On this day, there is a million nets pledge. Curry is active in that day of focus. 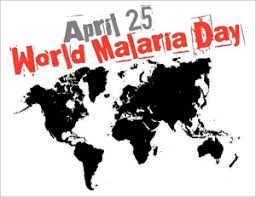 All throughout the year there is also the concerted effort to gather more of what’s referred to as “bzzzkill” participants. These are people who seek to influence their friends and family members to donate nets to the cause. In addition, they seek to have more voices lifted to Capitol Hill to express concerns that everything be done to get nets into the African communities that desperately need nets and that those needing the inexpensive aid can’t wait. If it’s a positive thing, and it’s attached to providing nets for African families in mosquito-laden areas in Africa, Curry’s made sure he stays attached and active.

3 Things You Can Do:

1. Send a Net
They have a simple, proven solution to a deadly problem in Africa. For a family, a net can mean the difference between life and death. For only $10 dollars, you can protect a family and save a life.
2. Join Team Bzzzkill
Increase your impact by rallying your friends, family, and neighbors to send nets. You can use your talents to raise money by starting a fundraiser.
3. Advocate for Nets
Make sure your member of congress knows that the fight to end malaria is a priority for you. Raise awareness about the cause and make your voice heard on Capitol Hill.
For more information, to send nets, to donate and ally yourself with Curry and the United Nations with this cause, visit:
Source Nothing But Nets.net

GOODTRAVEL: The Mountains of Tennessee

It seems awfully quiet and still at first. Then a dog barks down in a farm below and I begin